back to Manhattan dairy restaurants
Upper West Side

Memories of Daitch Dairy [from Elaine Charnak Johnson]
"When I was a girl in the late 40s, my grandparents lived in Manhattan, on 93rd St. between Amsterdam and Broadway. I often went shopping for my grandmother in those safe old days when you could give a six-year-old a nickel and tell her to go to the greengrocer's and ask "the man" for five cents' worth of soup greens. Grandma also sent me to Daitch Dairy, probably on B'way, and as I sit here in my California office, the milky, woody smell of the place fills the air of memory. Wood-shavings or sawdust on the floor. Great piles of butter, pot cheese, farmer cheese. Vats of sour cream. My purchase there was usually a pound or two of butter, semi-salted. The blue and white paper with a big diamond on it crackled as my grandmother opened it and sniffed, to make sure I'd been given the right butter.My grandmother was a good cook and baker, and made not only blintzes, but also verenikes, also topped with shimmering dollops of sour cream. She served those for dessert, with fruit on the side, usually my father's favorite blueberries."

"Thought you might like to see the neon sign I salvaged from the Famous Dairy Restaurant.
I'd always lusted after the signs.  After the restaurant closed, I wondered what would happen to them.  When they started to remove some of the details on the building, I got really concerned.
One day, I saw two workers struggling with the "Dairy" sign.  I knew I had to act quickly.  They didn't speak much English, but I was able to get them to gently place it on the sidewalk.  They then set to work removing the two-storey high vertical "Restaurant" sign.  That, too, was placed intact on the sidewalk.  I gave them whatever money I had in my pocket.  They no doubt thought I was crazy.
Neon signs are really heavy!  I phoned around to see if anyone I knew with a car was available.  I even reached out to a friend who was working on a TV show to see if one of our teamster buddies could swing by in a van.  Everyone was busy.  I called Urban Archaeology and they didn't have a truck available.  Can you imagine how much they would have sold it for?
The rain was coming down and I was starting to get desperate.  Then, a neighbor came by on his way to a meeting.  He understood and appreciated my predicament.  He promised that after a meeting downtown was over, he'd come back and help me.  True to his word, an hour later, he came back to find me soaking wet and the sign in all of its 70-pound glory.
The next challenge was to figure out how to get it to our building at the end of West 72nd Street.  This is where suburbanites are so much better prepared for such endeavors.  They have cars!  They have wheelbarrows!  But they don't have  dairy restaurants that are being stripped of their identity.  All he had was a rickety shopping cart, which he dutifully retrieved.  We gently balanced the sign on top of the cart and gently rolled it down the street.
Nobody stopped and said anything about this absurd sight.
We delicately placed it outside my apartment, where I toiled for days, scraping away pigeon droppings and I shudder to think what else.
It's been the centerpiece of my office every since.
I never found out what happened to the other sign." - Lorna Nowve


Memories of Steinberg's Dairy Restaurant from Ina Loewenberg
I grew up on the Upper West Side (although it wasn’t called that when I was there [just "the West Side," ed.]) in the 1940s  just a few blocks from Steinberg’s. I lived on Amsterdam and 77th and Steinberg’s was on 81st and Broadway between the RKO and the Loew’s movie theaters.
I walked by Steinberg’s every Saturday afternoon going to one of the movies on Broadway in my Upper West Side neighborhood, but went there to eat only with my parents after an evening movie. My parents always believed in a late-night “snack,” and at Steinberg’s it was likely to be rather heavy. I don’t remember what we ordered. I loved “lokshen,” egg noodles with pot cheese and butter, and maybe sour cream, but in high school I was probably ordering something more “sophisticated.”

More memories of working at Steinberg's Dairy Restaurant from Irving Feldman. (A fuller account of Irving Feldman's work as a captain c. 1949-52 can be found on page 392 of The Dairy Restaurant. Feldman's poetry can be found here.)
Of Steinbergs, I remember best the N. Irishman manager, Tommy, who spoke Yiddish with a brogue. And Greek Pete, the assistant and night manager, as heavy, dark and surly as Tommy was light, spry and genial.
How well I remember some of those waiters (as I surely told you), especially Yitzchok who worked the middle station where I was often posted, an old bald fire plug of a man who didn't lift his feet to walk and whose one word to me was "Vatch [out]!" I called him "Jimjik," meaning a mechanical doll. Also, a couple of guys off hours huddled in a back booth over the racing forms. 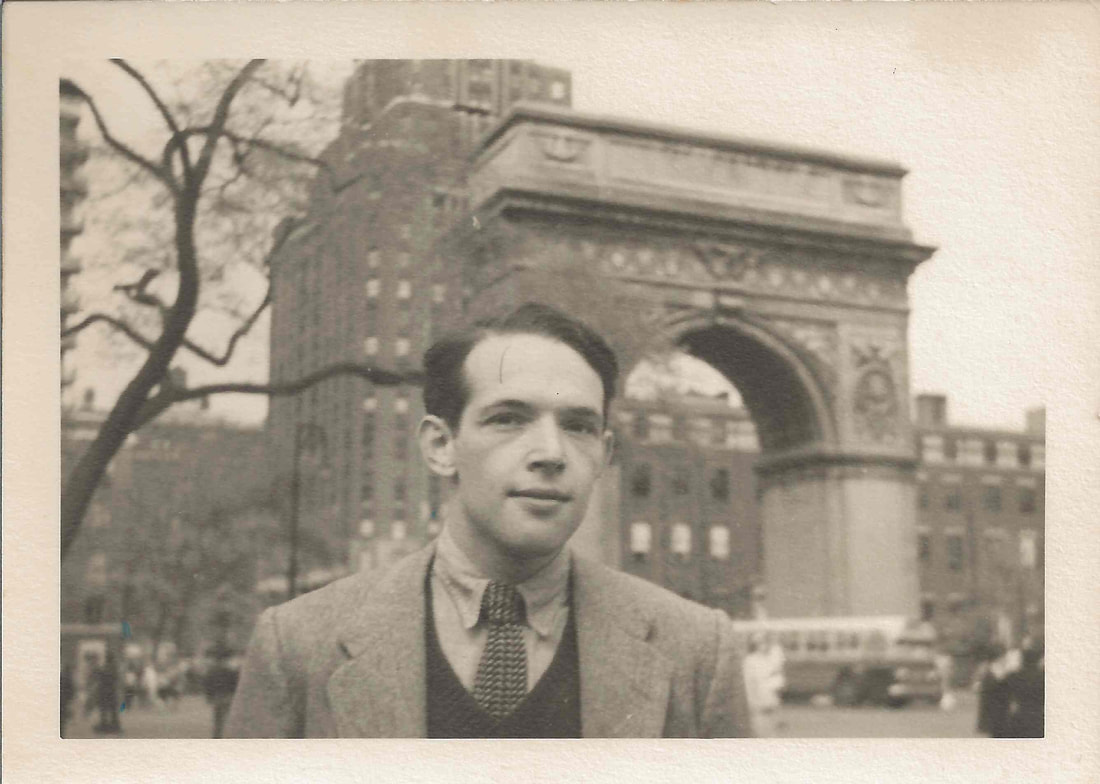