back to Manhattan dairy restaurants

The Garment District of Manhattan

Gefen's Dairy Restaurant
from the archives of Harry Gefen, son of Pola and Salek Gefen, owners of the restaurant. See page 466 in The Dairy Restaurant for a long interview with the Gefens.
​ 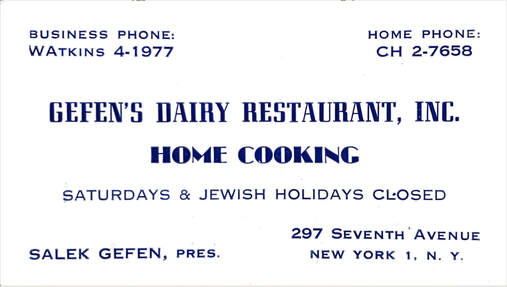 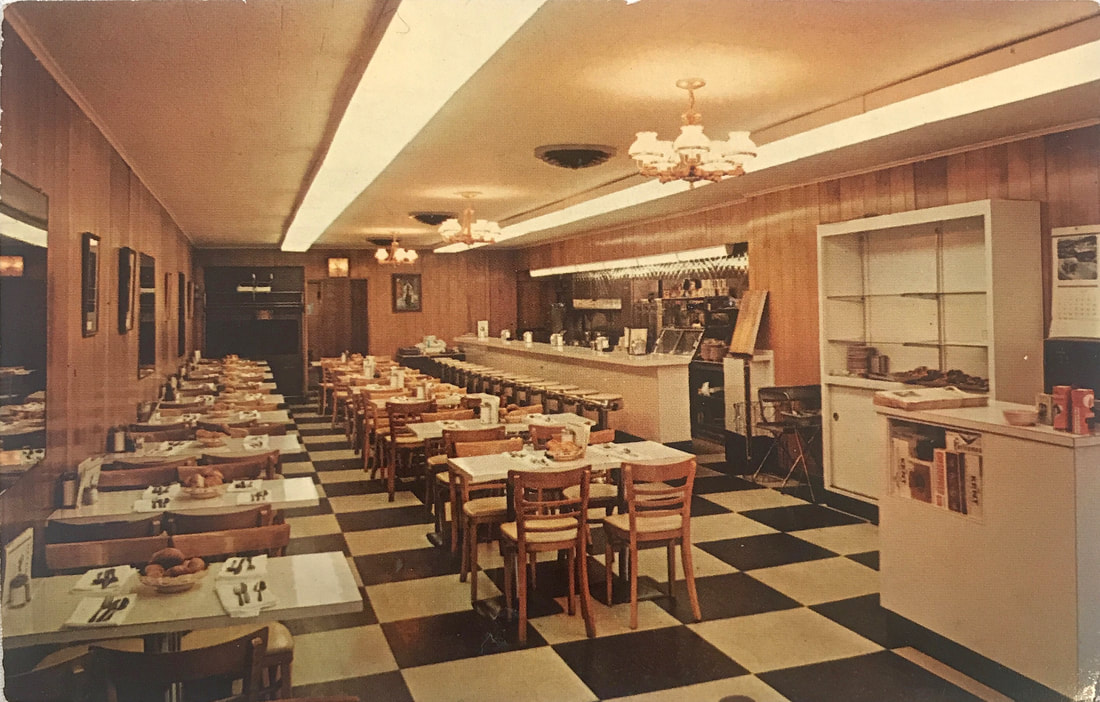 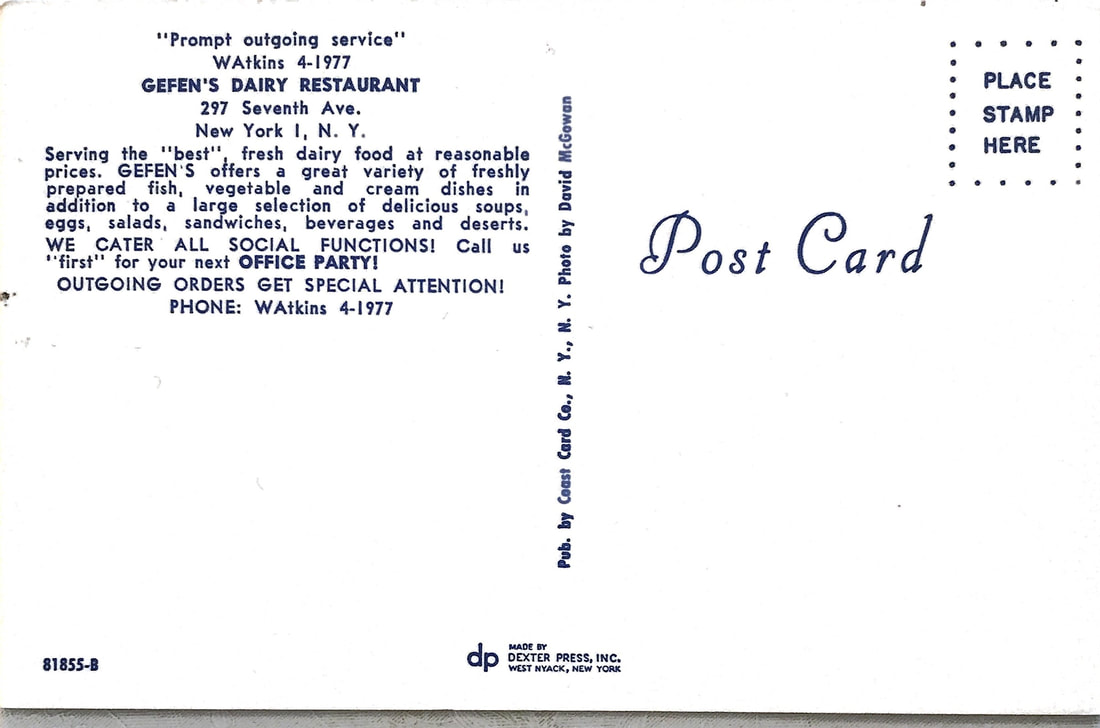 David Gottlieb (1892-1967) was born in Verbov, Austria, in the historical region of Galicia. He arrived in New York on August 23, 1912 and settled in Manhattan with his sister, Ida. By 1917, he lived on East Houston St and was a waiter at Kantov Brothers Restaurant on Forsyth St.

After his first wife, Bessie, died, he married Jennie Antovil. According to the 1930 U.S. Census, David and Jennie lived on Second Avenue, and he owned the Splendid Restaurant at 245 West 38th St (later known at The "Big 3" Vegetarian and Dairy Restaurant), David and Jennie along with their three children, Lorraine, Stanley, and Gerald, had moved to Brighton Beach. He died there in 1967.

His children did not continue in the restaurant business.